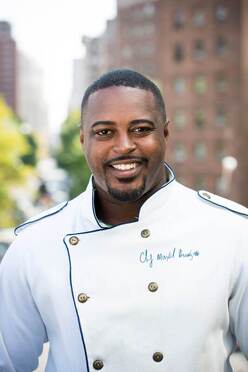 Detroit Restaurant & Lodging Association (DRLA) Board Member, Chef Maxcel Hardy, will be starring in the latest season of BBQ Brawl! BBQ Brawl is a Food Network show where famed chefs Bobby Flay, Michael Symon, and Eddie Jackson mentor their teams and coach 12 barbecue masters who will compete against each other to win the coveted title of “Master of Cue” and become the Food Network's resident barbecue expert of the year.

Prior to starring on the show, Hardy was formerly the personal chef to NBA superstar Amar’e Stoudemire. Today, he is the head chef and owner at COOP Detroit, a Caribbean and Asian fusion restaurant in the Detroit Shipping Co. food hall inspired by his culinary origins in Miami, where he encountered Haitian, Cuban, Asian, and Dominican cooks, and “a melting pot of cultures and cuisines.

​Season 2 of BBQ brawl premiered June 14, 2021 on the Food Network and can be streamed for free online. Chef Max reflects on his time on the show and says “It was fun to really just be able to get out there and… showcase my talents [and] skills with some of the top barbecue guys in the country. It was truly an honor.”
More Information

Leading the Industry: From Dishwasher to President & CEO 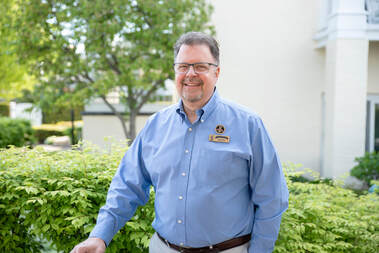 Brian Ewbank, MRLA Board Member,  started his career a Stafford’s Perry Hotel in Petoskey as a dishwasher in 1981. Ewbank worked his way up in the company, eventually being made partner in 2005. Stafford’s Perry Hotel has been a member of the MRLA since 1979 and has been in business since 1961. Now, the company owns more than half a dozen beachfront and lodging properties that have been ranked among the top places to stay in Northern Michigan.

Stafford’s recently celebrated 60 years of being in business and after the company's major milestone, its founders decided to step down and Stafford Smith, along with his longtime business partner, Dudley Marvin, retired from the business. Brian Ewbank, cousin of the founder, was then named the new President & CEO of Stafford's Perry Hotel. From dishwasher to President & CEO, Ewbank has helped build the brand into what it is today. His passion and dedication is inspirational, employees like Brian are the backbone of Michigan's hospitality industry. His story is the perfect example of what hard work, leadership and commitment in the workplace can do.
​ 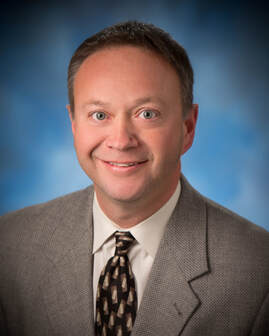 MRLA Board Member, John Andrews, has been promoted to Senior Vice President of Operations of the Team Schostak Family Restaurants (TSFR) Casual Dine Division. Livonia, Mich.-based TEAM Schostak Family Restaurants is a family-owned restaurant group with an expansive portfolio of casual dining, fast casual, quick service and family dining restaurants throughout the state of Michigan. With a commitment to quality operations, TEAM Schostak Family Restaurants is an industry leader in attracting, developing and retaining the most talented workforce that proudly delights its guests and sets an unmatched standard of excellence.  In his new role, John Andrews will lead the strategic direction of TSFR’s Applebee’s and Olga’s Kitchen restaurant brands. John has been with TSFR since the group’s purchase of Applebee’s in 2012 as Vice President of Operations. With over 40 years of experience in the casual dining segment, John has a strong track record in driving revenue, optimizing profits and cultivating a culture of respect, pride and values.
Don't Fall Behind on Your ServSafe Certifications
Michigan Restaurant & Lodging Association