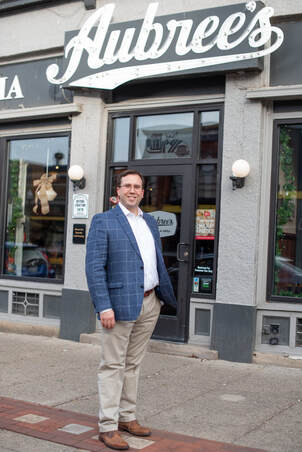 By: Katie Frankhart​
Andy French, the 2020 Chair of the Michigan Restaurant & Lodging Association, has hospitality in his blood. As the CEO and president of his family business, Aubree’s Pizzeria & Grill, Andy’s mission has always been about bringing people together and supporting communities.

At age 15, he was washing dishes in the back of his parent’s corner bar, and within those walls the story of Aubree’s began. The teenager hard at work would one day be the man who helped build his family’s business into the beloved community-focused Michigan franchise it is today.

IT’S ALL IN THE FAMILY
Andy’s father, Aubrey William "Bill" French, came home from the service in 1971 and bought his parent’s bar, The Alibi, in Ypsilanti’s Depot Town. Bill and his wife, Sandee cleaned up the space, maintained the small-town charm, and renamed it Aubree’s—a combination of their names, Aubrey and Sandee. Doors opened for business in 1972, and Bill and Sandee spent the next two decades growing the bar into a popular hangout spot and raising a family who would one day take it over.

After nearly twenty-five successful years in the bar business, the French’s started to think about their plan for long-term success. It was time to offer more than just alcohol—they wanted to serve food and give customers an authentic, local dine-in experience. Andy and his family envisioned a place where families and friends gather around tables, enjoying meals, and celebrating milestones. Somewhere that feels like home. 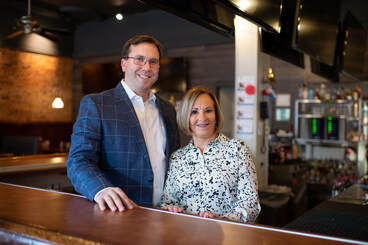 ​Together, that’s what they set out to build.

Andy graduated from Michigan State University in 1997 with a bachelor’s degree in finance and returned to his roots—he was ready to dive in as his parent’s official business partner,
and help bring this new restaurant vision to life.

HERE’S WHERE THE PIZZA COMES IN
In 1998, the French’s purchased and revamped the entire space next door to the bar, outfitting it with a full kitchen and developing their family-friendly neighborhood pizzeria concept. When doors re-opened as the new Aubree’s Pizzeria & Grill, business took off and new opportunities emerged. A second location in Ypsilanti Township opened in 2004 and shared the same success. In 2006, the family established one in Marquette, and another in 2008 in Northville.

Even against local national pizza franchises such as Domino’s, Jet’s, Little Caesars, and Hungry Howie’s, Aubree’s Pizzeria & Grill was thriving.

“We were even expanding when the economy wasn’t strong—banks weren’t lending, businesses were failing, but we still had a product that was selling,” Andy says. “That’s when we started to look into franchising and explored what that would mean for our growth. By 2012, our first franchise location opened in Dexter.”

Today, there are ten Aubree’s Pizzeria & Grill restaurants operating in Michigan, but Andy says they currently aren’t looking to grow beyond these locations.

“I don’t want Aubree’s to lose the local neighborhood charm and make our customers disconnect from the brand,” Andy says. “Also, my passion isn’t in franchising—it’s the operational side of the business that I love. That’s really my priority.” 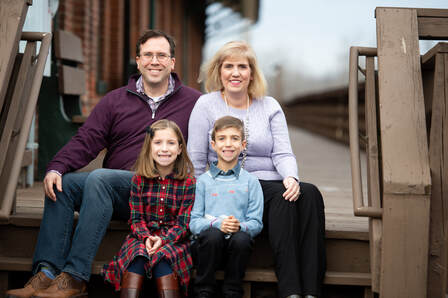 ​INVESTING IN THE FUTURE OF AUBREE’S
In 2015, Andy’s father and business partner passed away. Ready to carry on the Aubree’s legacy, Andy transitioned from his role of vice president and took over as president and CEO. He fondly remembers long phone calls with his father talking strategy and about their vision for the future of the family business.

Drawing inspiration from some of these strategies and visions, Andy develops the Aubree’s brand by investing in technology and people. With higher customer service expectations than ever, he recognizes how these play a vital role in operations and growth.

Businesses are only as good as the people they employ, which is why he builds a team of highly-skilled, passionate people. He says his all-star employees are the reason service quality, operational effectiveness, and growth opportunities are maintained at the highest level.

“We try really hard to surround ourselves with top-quality talent,” he says. “My employees do their jobs way better than I ever could, which is why they’re a huge part of our success, and why I value them so much—they’re part of our family.”

Those on Andy’s team aren’t the only people he’s investing in. His favorite part of working in food service is making personal connections with the guests. Though technology’s impact on the entire industry is changing the customer experience, Andy won’t let it replace genuine face-to-face interactions.

At Aubree’s, they’re implementing technology in ways that aren’t guest-facing, but instead to help reduce expenses, maximize efficiency, and improve labor costs.

“We invest in technology and software for things like menu engineering, labor scheduling, tracking sales trends, and net promoter scores—things that happen behind the scenes and allow us to be out front providing a top-notch customer experience.”

ADVOCATING FOR THE INDUSTRY
Andy, who grew up in Ypsilanti and lives in Ann Arbor, firmly believes restaurants add value to communities, and he wants that value to be recognized and protected. Developers revitalizing downtown areas always want good local eateries because they’re natural places for people to gather, and the foot traffic helps support other local businesses. But, various public policies make it extremely hard to open and run a prosperous restaurant in any neighborhood.

Even with the steady success of Aubree’s, Andy feels the pressure of a low-margin industry that’s becoming more difficult to operate and succeed in—he wanted to be a voice for his fellow Michigan restaurant owners.

Once appointed to the MRLA board of directors in 2012, he immediately turned his attention to the statewide issues facing the restaurant industry, an experience he calls eye-opening. He’s learned the legislative process of these policies and how lawmakers’ decisions impact the entire Michigan hospitality industry, specifically local business and restaurant owners like him.

“Learning all of this only enhanced my passion for the MRLA mission and made me appreciate the focus on allowing our industry to survive, thrive, and grow. This Association is a phenomenal support system for us.” 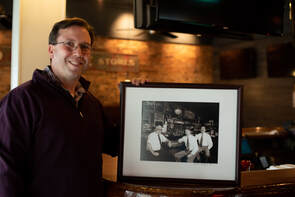 ​WELCOMING A NEW DECADE
As the newly-appointed 2020 Chair of the Board, Andy plans to continue advocating for the hospitality industry by keeping up with new and old policies, making sure the voices of Michigan business owners are heard.

Beyond that, he’s welcoming new opportunities and looks forward to what’s ahead, specifically building out the lodging component of MRLA after the merger with the lodging association.

"Together, we are a strong united voice for Michigan's hospitality industry. Overall, I know 2020 is going to be a big year for us."

Andy is humbled to serve on the board and be a part of the industry he loves so much. It all circles back to where his passion began: people and communities.

“We’re lucky to play a role in every one of the Aubree’s communities—we supply so many jobs for first-time employees and contribute to neighborhoods full of really good people. These are the things that matter to us at the end of the day.”

When 15-year-old Andy was working in the back of the original Aubree’s, his story was just beginning.

That dishwasher would go on to become a boss, vice president, president, chair of the board—just a few of the titles he’s earned throughout his career journey. He will always be the man who helped turn his family’s local bar business into a restaurant franchise adored among Michigan natives.

Each year of growth begins a new chapter for Aubree’s Pizzeria & Grill. For Andy, that means his story continues.
Michigan Restaurant & Lodging Association