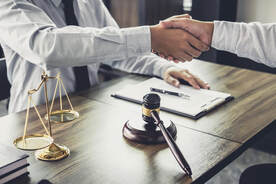 The Michigan Restaurant & Lodging Association (MRLA) represents the hospitality industry on a variety of issues, including liquor license fees, food safety, minimum wage, the tip credit, and other issues that may hinder tourism in our state.

On many issues – those specific to our industry and those that indirectly affect it – the MRLA is the only group representing the hospitality industry.

Oppose Efforts to Increase the Overtime Exemption Threshold
The MRLA will oppose any attempt to increase the overtime exemption threshold above the federal standard, which was just increased to $35,568 on January 1.  The overwhelming majority of states adhere to the national standard, including all bordering states to Michigan.  To set Michigan apart would render the state less competitive and negatively impact job growth.  The hospitality industry would be disproportionately impacted by such a policy, likely resulting in dramatic workforce realignment and significant job loss.

Oppose any changes to the Improved Workforce Opportunity Wage Act
Following our successful efforts last session with the amendment of the Improved Workforce Opportunity Wage Act, the MRLA will continue fighting for the preservation of the tip credit this term and beyond. The MRLA stands firm in its opposition to any legislation that would make the current law even more burdensome on employers.

Since Pure Michigan launched in 2006, the campaign inspired 27 million total trips to the state, generated roughly $557 million in state-tax revenue, and returned $5.15 for every dollar spent.  Pure Michigan is worth saving and we are committed to lead on this issue for our members.

Support Regulation of Short-Term Rentals
Last session, the MRLA worked to defeat efforts that called for the restriction of regulating short-term rentals (Airbnb, VRBO) from local units of government.

The MRLA firmly believes short-term rentals can benefit tourism as long as they are playing by the same rules and are regulated like other lodging entities. This is why the MRLA has helped craft legislation that would create a statewide registry and subject short-term rentals to the same taxation and regulation as hotels.

The Post Labor Day School Start not only benefits the tourism and hospitality industries, but also families, schools, and the state’s economy as a whole. Michigan’s standing four-day Labor Day holiday has proven successful, resulting in increased revenues and travel throughout the state.

The MRLA will continue to support efforts to protect the integrity of the 2005 law until there is a larger discussion of a “Full-Balanced” calendar.

Support Workforce Development Initiatives to Improve Outcomes for the Hospitality Industry
The hospitality industry is the second largest private employer in the state, responsible for nearly 13 percent of its entire workforce.  The challenges to recruit and retain talent are paramount to operators across the state.  The state has made resources, such as the Going Pro campaign, available to employers to assist in the training and education of their workforce.  It is our goal to better partner those resources with the hospitality industry to improve outcomes for our members.

Partner with the State to Foster Workforce Development for the Hospitality Industry (AHLEI)
The MRLA aims to improve the hospitality industry’s talent gap through a successful partnership with the state. MRLA hopes to receive funding from the state for the American Hotel & Lodging Educational Institute (AHLEI) program.

The American Hotel & Lodging Educational Institute (AHLEI) is a training and education program for all segments of hospitality industry for more than 65 years. AHLEI has worked to provide organizations and schools with quality resources to train, educate, and certify hospitality professionals.

Maintain funding for MRLA ProStart Program
ProStart is a nationwide, two-year high school program that unites classrooms with industries. It develops the best and brightest talent into tomorrow’s restaurant and foodservice industry leaders. In Michigan, 69 high schools and career centers use the ProStart curriculum with more than 5,000 students participating.

In 2018, the MRLA was successful in securing a modest level of state funding towards the expansion of the ProStart Program. This funding aimed to diminish any potential “barriers-of-entry” and allow for the next generation of culinary entrepreneurs to continue to their culinary education and training. In 2020, the MRLA seeks to retain state funding to further our investment and expansion of the ProStart Program.

Oppose Additional Liquor Fees and Tax Increases
Over the past few years, the Michigan Liquor Control Commission (MLCC) has attempted to increase fees associated with the license required to sell beer, wine, and liquor in the state.  The MRLA will continue to oppose all efforts made by the MLCC and the legislature to increase any fees on the business community.

After all, the Liquor Control Commission (LCC) already generates more than $170 million in excess revenue from fees and taxes every year that inevitably gets transferred back to the General Fund for other budget priorities.

Oppose “Big Brother” Approach to Governmental Oversight
Legislation was introduced last term that would have given the Department of Treasury carte blanche authority to install anti-sales suppression software in businesses with point of sale systems (including restaurants). That software is designed to monitor potential “skimming” of cash-based sales using a tool commonly referred to as a “zapper.”

While the MRLA would never tolerate, let alone defend tax evasion by its members, the implementation of such legislation would be a gross intrusion on private enterprise. The mere introduction of such legislation infers an implicit assumption of guilt by all businesses to justify a heavy-handed “Big Brother” approach to tax compliance.
Michigan Restaurant & Lodging Association